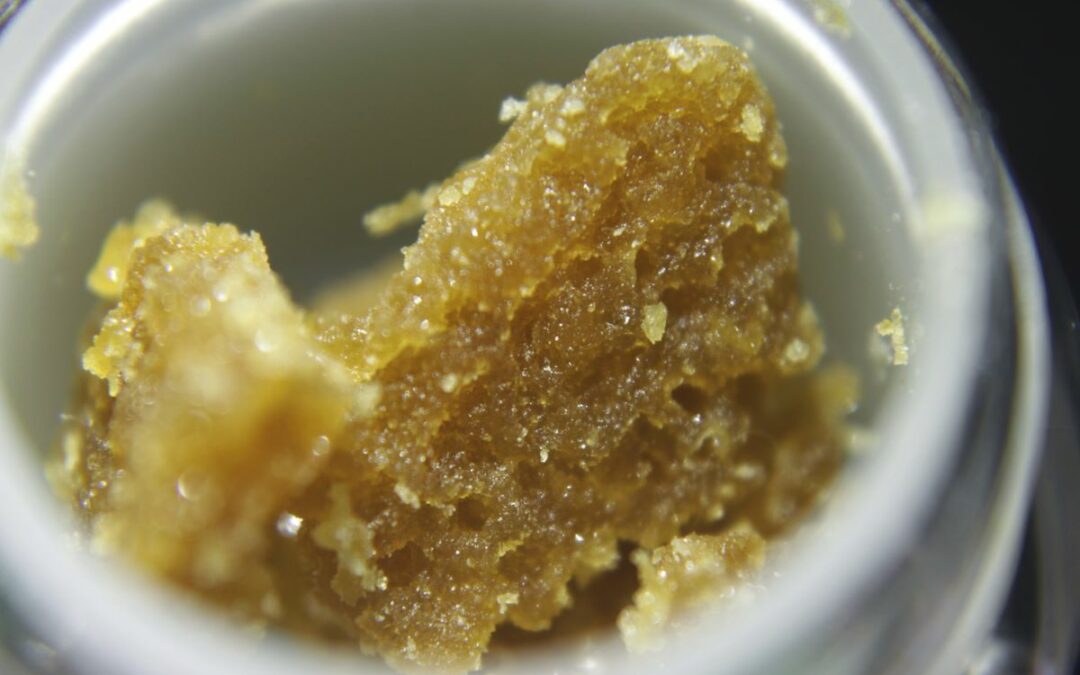 Cannabis Concentrates 101: What Is Budder?

Shatter, crumble, wax, rosin, budder, live resin…If you’re new to concentrates, all those terms may make your head spin. As part of our Cannabis Concentrates 101 series, we’ll explore budder in this article and answer all your questions, such as:

What Is Budder?: The Manufacturing Process

Budder is classified as a type of hash oil or BHO concentrate. These types of cannabis products are typically made using butane as a solvent. However, more manufacturers are shifting to a cleaner yet less cost-effective carbon dioxide extraction process.

BHO concentrates include wax, budder, crumble, and shatter, with the differences pertaining mainly to the texture. First, cured cannabis or hemp flowers are “blasted” with liquid butane (or CO2), which separates the cannabinoids, terpenes, and flavonoids from the plant matter. Next, the technician purges the solvent with a combination of heat and air pressure.

After a successful purge, the extract has a thick consistency that typically resembles wax. For this reason, budder is often considered a subtype of wax. To create budder, manufacturers use a machine to vigorously whip the wax until it obtains a creamy, buttery texture.

What Is Budder?: Benefits and How to Use It

Budder offers herb consumers a variety of benefits. The potency of typical butter ranges around 70-90%, which means you won’t need to use as much to get your desired effects.

Since concentrates like budder contain very little plant matter, they’re terpene rich, offering you enhanced flavor and therapeutic benefits. Less plant matter also minimizes carcinogens when smoked. However, we recommend vaporizing your budder with a dab rig or vaporizer to get a smoother hit. Additionally, many consumers claim that concentrates like budder give them a more clear-headed buzz.

How to Use Budder

Budder is a versatile concentrate that can be consumed in a variety of ways, including:

Store your budder in a tightly sealed silicone container and keep it in a cool, dry place for maximum potency and freshness.

A final word of caution: Never try to make BHO concentrates at home. It’s impossible to purge all of the residual solvents without specialized equipment, and attempts at making DIY concentrates can easily lead to explosions, causing severe burns and even death.

« Sorting Out The Cs — CBD vs. CBN vs. CBG
Can Cannabis Help Patients with Crohn’s Disease? »