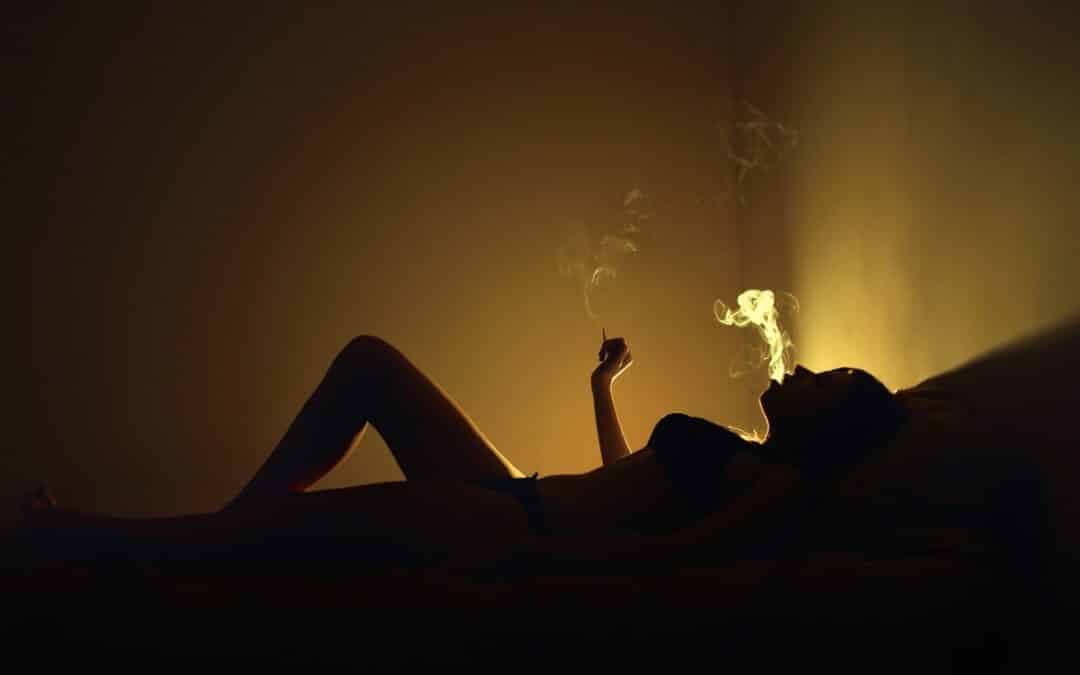 When it comes to sex, cannabis has long been a controversial matter. Perhaps you’ve heard that it’s a well-known aphrodisiac with almost legendary libido-enhancing properties, or you might have heard that it can cause early ejaculation, erectile dysfunction, or a decrease in sperm count.

Well, the truth is that it’s not yet proven that cannabis can enhance sex but anecdotal evidence claim that cannabis may contribute to sexual arousal. We’ve assembled all we know and don’t know about how cannabis impacts sex because it tends to be a complicated issue for both scientists and cannabis users.

Research on cannabis and sex on women

For a long time, both men and women have claimed that using cannabis changes their sex lives. Although it’s still not understood how marijuana could increase sex drive, several theories and surveys cast light on this matter.

Additionally, 34% of the surveyed women who used marijuana before engaging in sexual activity claimed that it improved their orgasm, boosted their sex drive, and helped in pain relief.

Research on cannabis and sex on men

There is little and sometimes contradictory research on the relationship between cannabis and male sexual function. The International Society for Sexual Medicine reports that while some men claim that marijuana improves their sexual performance, others may have issues like decreased sex motivation, erectile dysfunction, difficulty achieving orgasm, or premature ejaculation. Additionally, studies have linked cannabis usage to declines in sperm count, concentration, and motility.

However, a survey of more than 200 cannabis-using women and men revealed that nearly 60% of respondents claimed cannabis improved their desire for sex, and nearly 74% said it boosted their sexual satisfaction.

In which ways can cannabis impact sex?

Another research study published in the Journal of Sexual Medicine (JSM) aimed to explain if there’s a connection between marijuana use and sexual frequency using a representative sample of reproductive-age men and women.

The Center for Disease Control (CDC) conducted a nationwide questionnaire-based survey that included 28,176 women and 22,943 men. According to their study, marijuana usage does not appear to impair sexual function and is independently associated with increased sexual frequency. In fact, everyday cannabis users reported having 20% more sex than non-users across all demographic groups.

Most scientists and experts recommend starting with a low dose and increasing it gradually, and using a specific delivery method. They advise using cannabis vapes rather than edibles or topical products since regulating the dosage is easier. Before engaging in sexual activity, one puff of vaporized cannabis flower can operate more quickly and consistently than edibles or lubricants containing THC. However, there are multiple edibles and tinctures nowadays that contain specified dosed amounts of cannabis. In any case, starting with 5 mg of THC is the recommended dosage to start with.

Lastly, self-reported surveys account for the majority of the information we have on cannabis and sex, and there is no concrete evidence that cannabis improves sex or that it can be used to prevent or treat particular sexual dysfunctions. Anecdotally, patients have reported positive feedback even though some research has produced conflicting outcomes.